The April social calendar was certainly busy but the perfect way or should I rather say a delicious way to end the month was the second edition of Secret Dinners with the theme, “An Afro-Fusion Showdown”.  This time around Food and Co not only partnered with Unplugged Zimbabwe but the hit show, Battle of the Chefs.  The secret second edition was fully booked 3 days prior to the event, so those lucky enough to RSVP in time received the mysterious details as they unraveled. 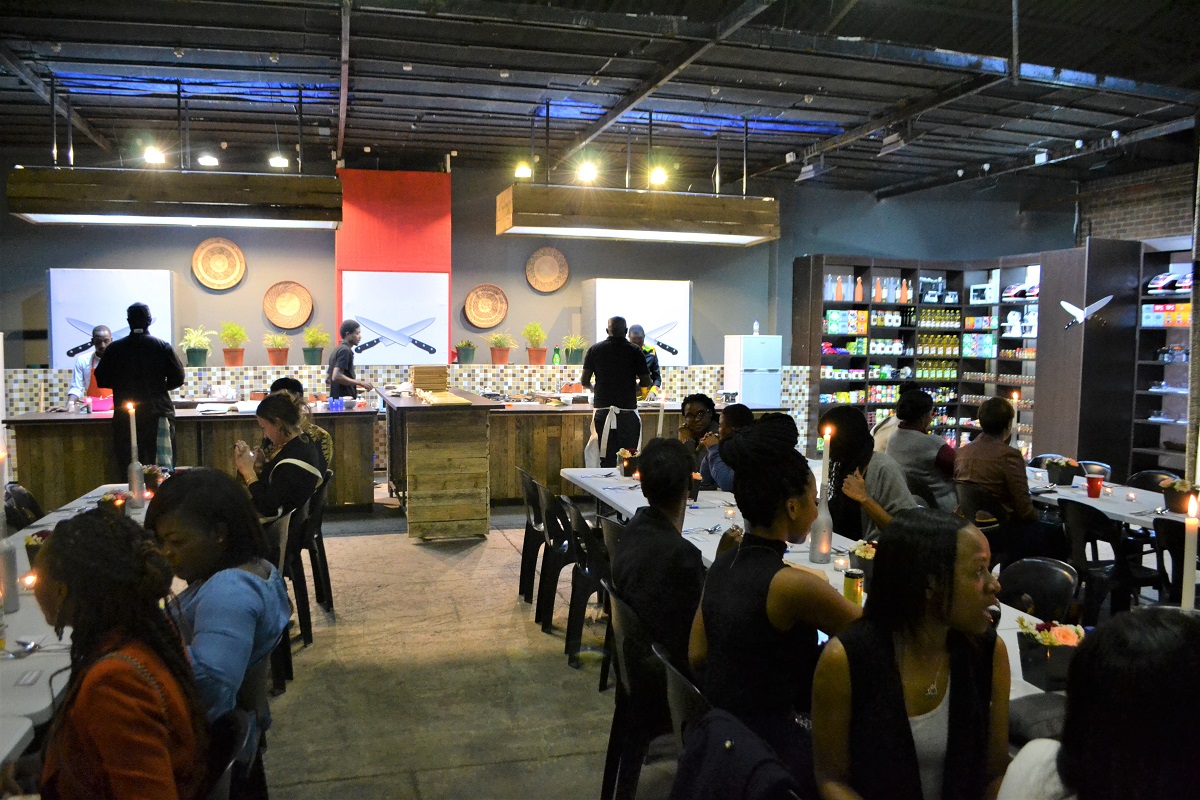 The Afro – Fusion showdown took place at the Battle of the Chef’ s studios and guest received the menu before the dinner. Receiving the menu before allows for the chefs to accommodate special dietary requirements something I quite like being muslim. After the successful launch edition of the first Secret Dinner,  I was quite curious to experience the second edition.

The Battle of The Chef’s studios located in Msasa, Harare provided an unconventional, creative and industrial ambiance to the evening. The iconic chef stations facing the guest dinner tables meant that guests quite literally had a seat in the Chefs’ kitchen offering a new and rare dining experience. Special guests for the night included , Comrade Fatso and Italian Ambassador , Enrico De Agostini . 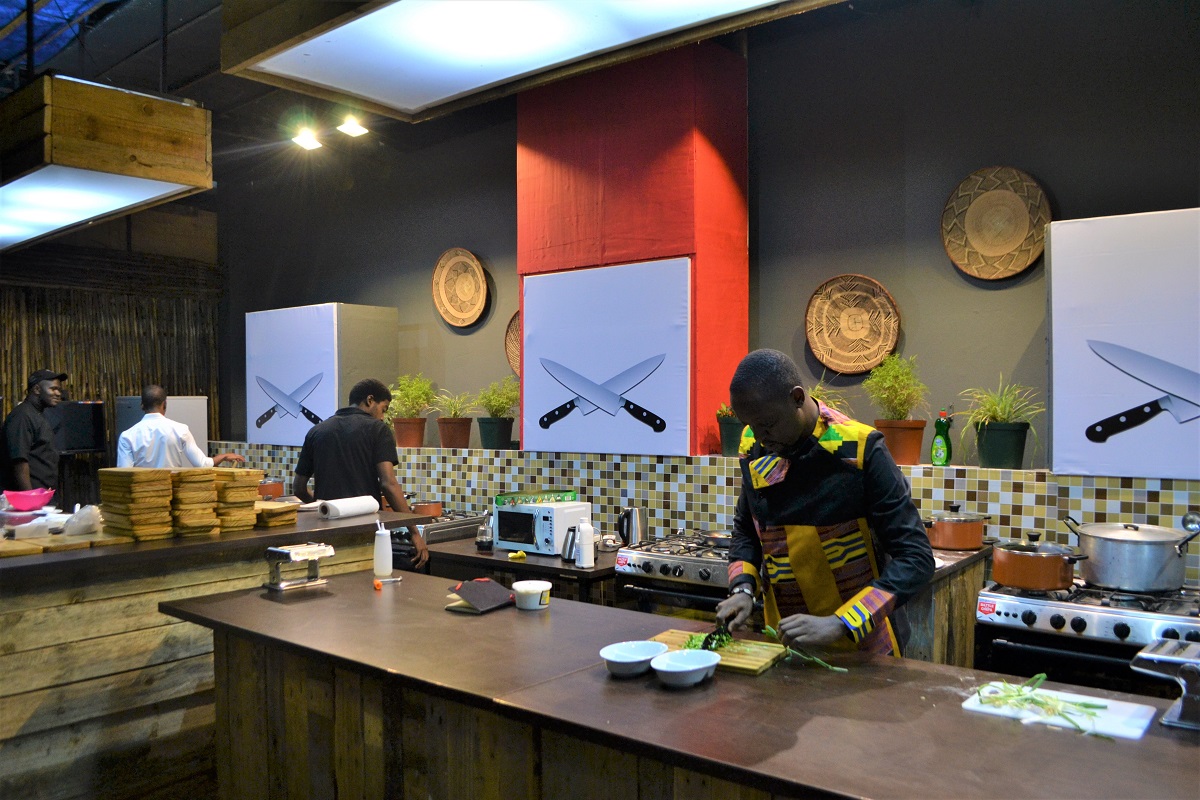 The intimate dinners are a great opportunity to not only explore new cuisine but the dinners are also an opportunity to connect with fellow foodies in Harare. After being seated, and mingling with both old and new friends it was time to try the first round of food prepared by De AnkarrA Chef (Season 1 Battle of The Chefs winner) and Chef Kundi (Current contestant on Season 3 of Battle of the Chefs). 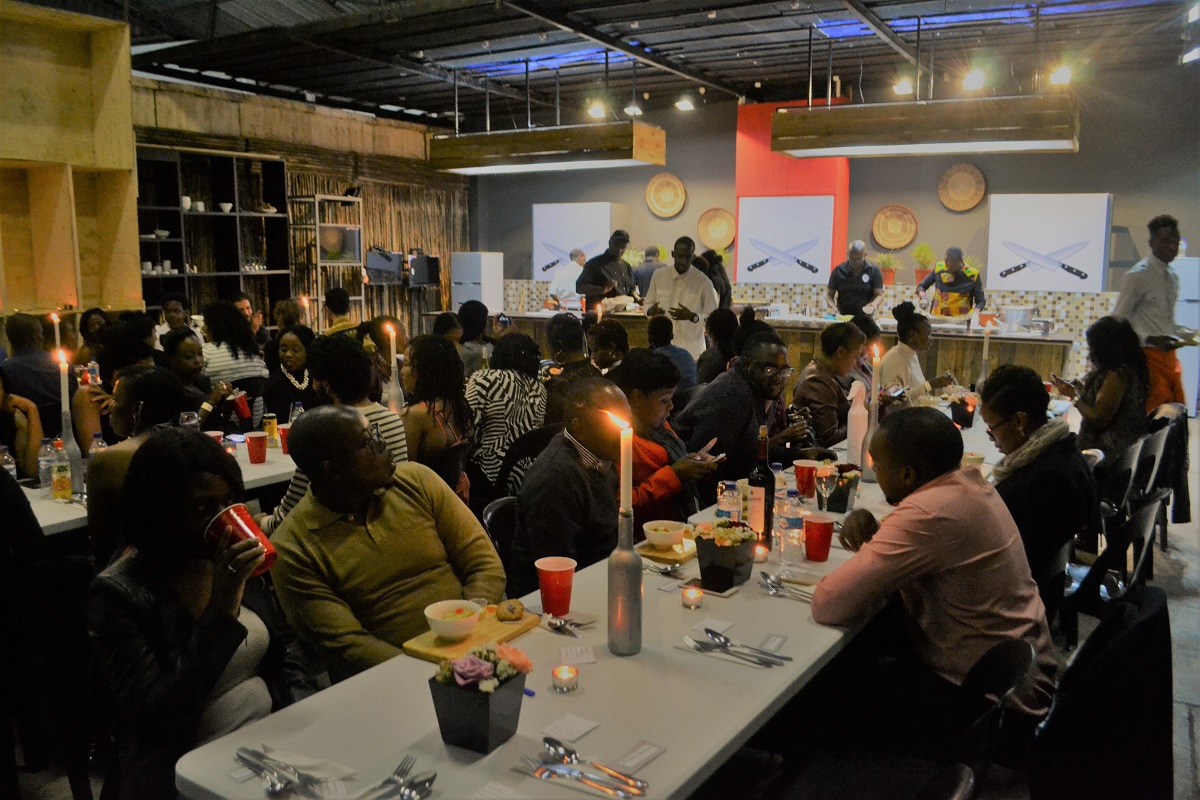 The first round of the battle consisted of Kapenta and Sweet Potato poppers prepared by Kundi and  De Ankara’s spicy Jollof rice with honey and avocado mousse.  Kapenta was an unexpected surprise but worked well, it was innovative. The Jollof rice fused well with avocado (a favourite), to my surprise it was spicy for some guests however for me I could have done with a little more of a kick. Just a little more…

The first round of Jollof Rice and Kapenta Poppers

The second round included, De AnkarrA Bowl of Cow head Ramen with chilli sesame sauce. This received a mix review with some guest wanting seconds and some not quite finishing their helpings. Personally, it was not quite for my palette. While Kundi’s borscht and chilli beef biltong dusted canapes was complimented with his beetroot paste/jus. The beetroot was a lovely surprise and another favourite although the biltong was a little too dry than my usual preference. 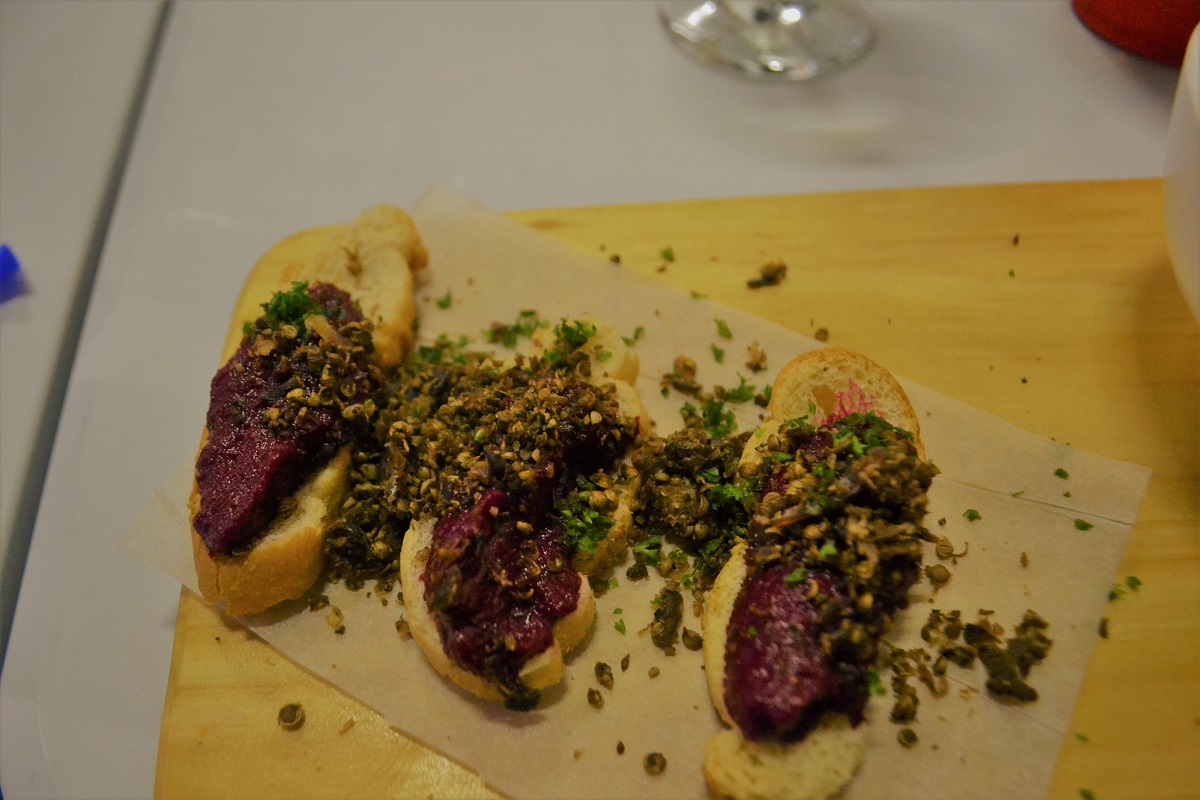 The final round, featured my favourite tapas from De AnkarrA which was chicken tacos with round nut butter and sour milk. The flavours and seasoning were stimulating and precisely up to my palette. I wanted more …. The tacos stole the night for me, while Kundi’s chicken and caramelised maputi was innovative, the flavours did not wow me. 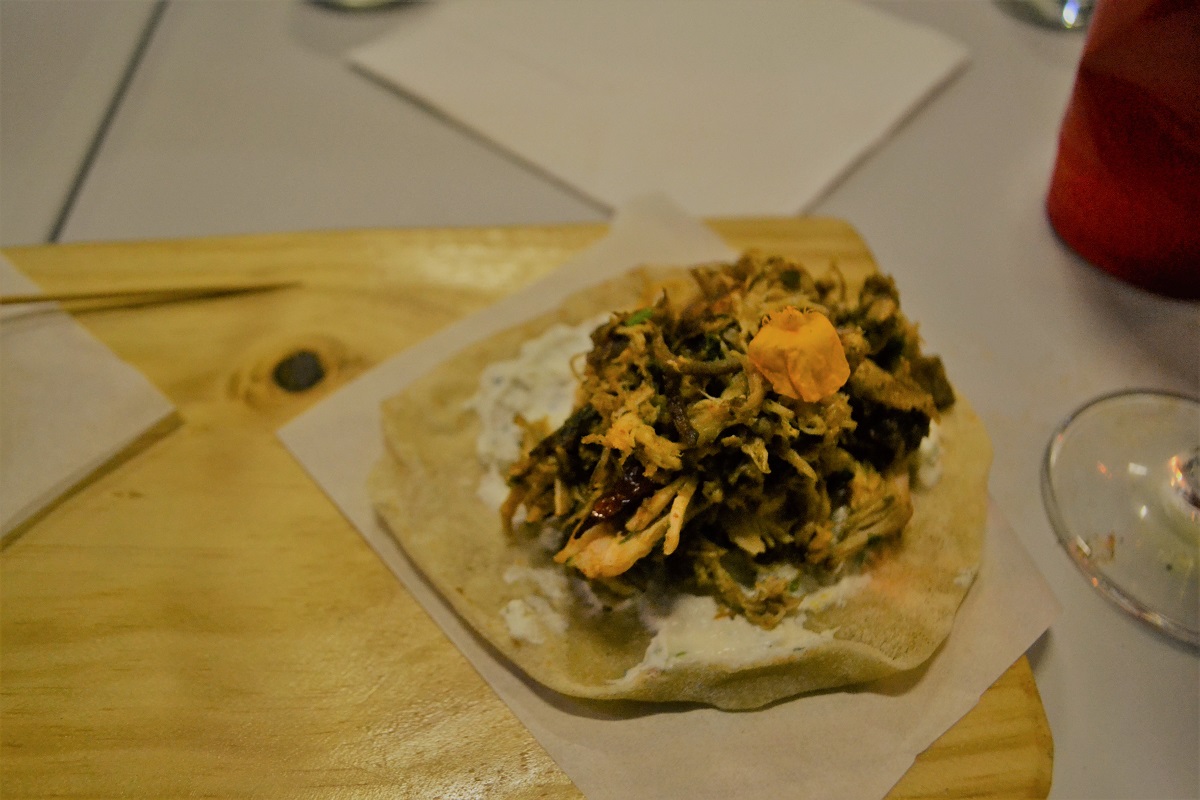 Chicken tacos with Round nut butter and sour milk

The experience was unique and I had hoped there would be live demonstrations of the food preparation. It certainly would have been an informative and entertaining experience for guests who had the rare opportunity to be in the chef’s kitchen. Something to certainly be considered for a future showdown. True to my Zimbabwean ways , larger portions would have been welcomed! It is exciting to see Zim foodies explore different cuisines prepared by Zimbabwean Chefs. The ongoing food revolution and celebration is growing with each edition and unique theme becoming more popular with guests. 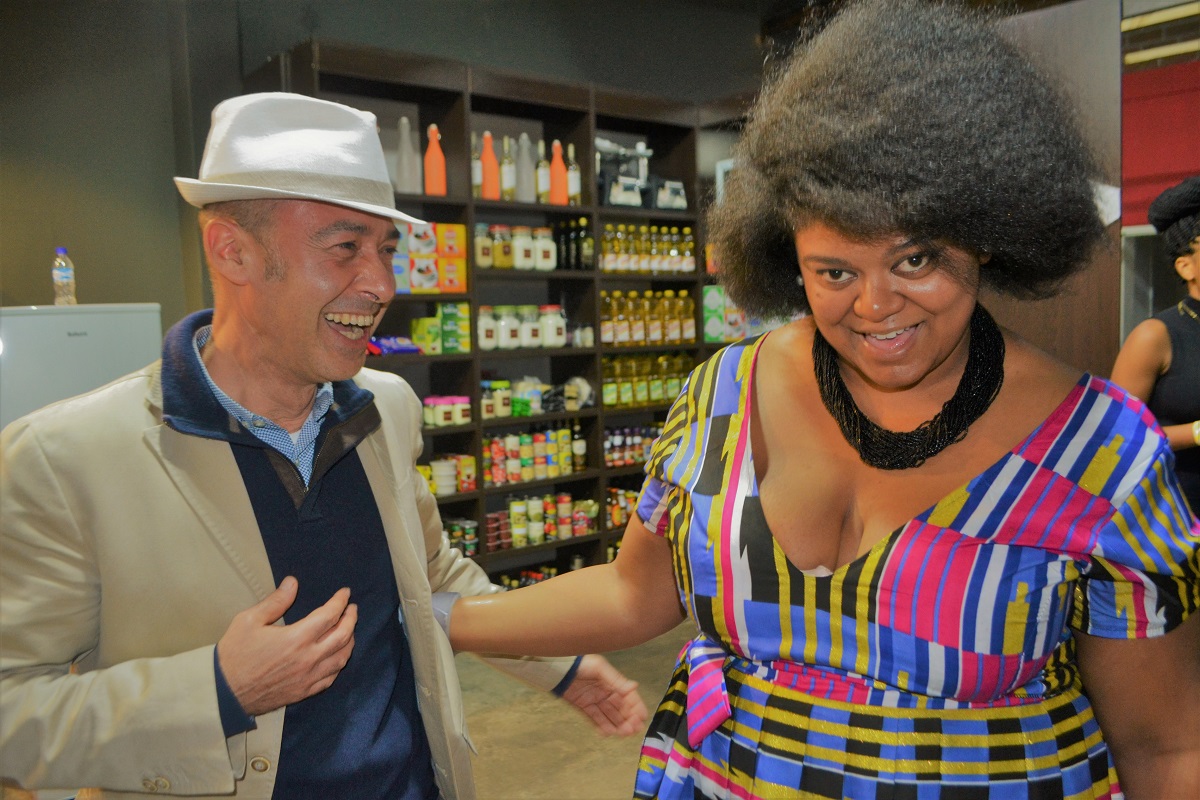 After a close battle showdown between the two chefs. De AnkarrA won the showdown by winning 2 of the 3 rounds voted by guests. A tasty and exciting battle exploring flavours with old and new friends.  I am looking forward to the next edition with my taste buds ready for some excitement and my plate ready for larger portions too.